In recent years, there have been auditions for singing and talent competitions in pretty much every major city in the country. Often, hundreds (if not thousands) of people will turn out for these auditions, in the hopes of being selected to compete on national TV and show off their talent.

What many people don’t realize, however, is that you don’t need to be an exceptional singer in every respect to qualify for or be considered for a popular show like American Idol of The Voice. Often, the most important part of garnering attention for yourself during the audition process is knowing your limits and playing to your strengths. For the audition process, this should be an easy feat since you are (usually) allowed to pick the song you will sing for the judges at your audition.

For example, if you’re by nature a cheerful, friendly, and outgoing person, pick a song that matches your personality and will show off your vitality and high energy level. If you can emotionally connect to a more heartfelt song about love or heartbreak, do that instead. Picking a song that you can’t connect to or that doesn’t suit you can result in a lackluster performance, since the judges will be able to tell immediately if you aren’t truly enthusiastic about what you’re singing. A significant part of being a successful singer is being able to project emotions and energize your audience, and one of the easiest ways to do this is to pick a song that you can connect with.

Your clothing and the way you carry yourself during your performance can also have an impact on how your audition is received. Dress appropriately for the occasion; don’t show up for your audition in tattered jeans and a ragged hoodie. Wear an outfit that reflects your personality while also helping you to stand out from the crowd; remember, hundreds of other people will be auditioning alongside you, and you must be suitably unique to attract the attention of the judges.

Also, there is more to performing a song than simply singing; you must also express yourself through body language, facial expressions, and movement. Therefore it’s important to practice your entire performance, not just the song, many times before your audition.

Overall, success at an audition for a show like The Voice or African Idol is dependent upon a variety of factors; being able to sing well is indisputably a key part of the formula, but by no means is it the only thing that the judges consider during auditions. You also need to be able to present yourself as someone who has the talent, drive, and charisma necessary to stand apart from the rest. 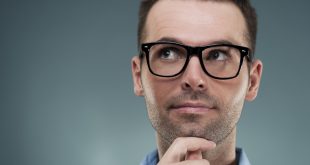