Sometimes a well known celebrity just disappears of the face of the earth for some reason or another.  Private reasons, can’t get the work, they just don’t want fame at that time, for whatever reason. But they always seem to come back, is this done by them appearing on shows like, dancing with the stars, I’m a celebrity get me out of here or Big Brother?

For many years you will not see a celebrity for many years then all of a sudden you will see them in a line up for an upcoming TV series. After the series ends you tend to see more of that celebrity due to appearances and interviews they get invited to after the show is finished.

The type of celebrities this happens to does range from, pop groups that have split up and gone their own ways, soap stars that lost their jobs for behavior on set and even youtubers, only this years Celebrity big brother had a youtuber. What i want to know is when did youtubers become celebrities in the first place!

There is speculation of celebrities using shows to regain there famous status and pick up where they left off years previous. This can be due to a number of reasons, they may now be in the right frame of mind, the money may be coming to an end, they miss all the attention or just simply because they are a changed person and genuinely want their old life back.

For example you can guarantee celebrity big brother and im a celebrity get me out of here to host a bunch of washed up ex celebrities who are 100% going to get some form of publicity out of the show and they know that when they apply. More and more recently over the past couple of years celebrities openly admit on the programs they are only in it for the fame and money, asking the producers if they left early would they still get paid.

The proof is out there just by watching these programs that at least half of the celebrities who are going into programs these days are only doing it for 2 reasons, 1. For the fame of being on tv again, being watched my thousands of people and 2. For the money, they know they are getting paid a substantial amount of money to do what they do best.

It seems to easy for celebrities to get famous these days. 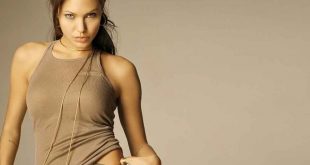