Celebrities that appear on your favorite show are in fact just normal celebrity actors because reality TV is actually fake and most of the scenes are planned out and plotted by the producers.

People think reality tv stars have a say in what scenes they take part in and have their own lines. This is not true the producers have the last word and set the scenarios up themselves for viewers entertainment.

When it comes to celebrities being paid from their role in a reality TV show the public tend to believe they get paid a huge sum of money. This is not there main source of income and infant get paid little amounts, there main money comes from magazine deals and interviews.

Everyone has watched a show where they can’t bare to watch a certain person due to there ignorance and behavior, this leads people to believe that’s the way they behave off the show. Most of the time it isn’t they turn out to be a big softy with a kind heart it’s just the act they put on when filming.

On every reality tv show someone goes through something drastic that shocks everyone watching, this doesn’t mean that it’s real. Not many people would be willing to air their personal lives for the world to see.

This doesn’t only stand for reality TV stars but any star for that matter. The public think that the actual celebrity runs there social media account, while this is true for a small percentage it does not apply to all. There assistants or managers are usually the ones monitoring them.

Before getting employed celebrities sign a contract usually signing over any rights to a private life beyond the show meaning they don’t have a say in anything they do from then on out.

For teenagers people think they are lucky to be on tv at such a young age. In most cases this turns out badly and makes the younger generation turn to booze and arguments, just look at geordie shore and the valleys.

Even though they appear on tv for everyone to see, the actors and actresses who appear on reality tv don’t actually get their fame from the shows, the fame comes with interviews and appearances.

Unfortunately for the celebrities they sign over any rights to a private life once appearing on reality tv. They are followed by cameras, paparazzi and the public on social media and in person.

This is a myth, if they show any types of aggression or bad behavior they are punished accordingly and it has even been proven they get the cut from the program and they struggle getting on any other program. 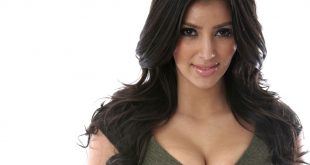