Trump’s Ban Against Transgender Serving in the Military

During the Obama administration, there were two notable changes made to military policies. One of which was the lift on the ban of transgender citizens serving in the military, put into place in 2016. Fast forward less than a year later, the newly appointed Commander-in-Chief, President Donald Trump makes moves to reinstate this ban with a target effective date of March 23, 2018.  In his now typical method of communicating to and informing the public, Trump added to his tweeted announcement of this ban by stating “our military must be focused on decisive and overwhelming victory and cannot be burdened with the tremendous medical costs and disruption that transgender in the military would entail.”

As of today, no new potential recruits identified as transgender are permitted to sign up for military service. For the approximate number of 6,600 active transgender members in the military and over 4,000 Army Reserve recruits, thefate of their career is yet to be determined. Defense Secretary Jim Mattis has been tasked with determining the best approach of this ban on current active transgender military personnel.

Mattis is working towards building a panel of experts from the Department of Defense and the Department of Homeland Security. The goal of this panel he states is the promotion of “military readiness, lethality and unit cohesion”.

Perhaps not surprisingly, there are at least two lawsuits already filed against President Trump and this ban. Human rights groups filed the federal lawsuits under the allegation that a ban against transgender people serving the military is unconstitutional, that it violates its protection guarantee.  These suits were filed on behalf of transgender people currently serving and wanting to serve.

One of these lawsuits was filed by the American Civil Liberties Union(ACLU) on Monday August 28. On Thursday September 14, they also filed a motion for a preliminary injunction asking the court to “put an immediate stop to the President’s ban to ensure that the harms to our clients and the thousands of other transgender individuals serving our country are rectified immediately.” Within the motion the ACLU state “The ban reflects a decision to single out a disfavored group and withdraw legal protection based not on evidence but animus, moral disapproval, and crass political calculation.”

Also included in the ACLU motion is the widely argued debate of the cost of medical insurance. They claim the cost of providing insurance is no different to the cost incurredfor other members of the service. The reason they even bring this up is because while the Obama administration lifted the ban they also announced that the Pentagon would cover the cost of gender-reassignment surgery both with a doctor’s recommendation and the approval of the military. This inevitably led people to believe that members of the military and people wishing to serve who want to transition, would take advantage of this offer thus costing the military millions.

On the other side of the argument, there are reports from transgender people who have served and are currently serving in the military in support of President Trump’s ban. They understand the psychological effects of war both external and internal. They would argue that the military is not like a civilian employer. It is in place to train people who are both physically and mentally fit to fight enemies, take any and all orders from superiors and to kill another human being. That when troops are deployed together they put their lives in each other’s hands so they need to know that every single member of the military is not at odds with their own identities.

Strong arguments are being made on both sides and research will continue to be performed, also by both sides.  Perhaps there is a common ground they are yet to find that is both constitutional and cost effective but more importantly safe for the nation and the people who serve it. 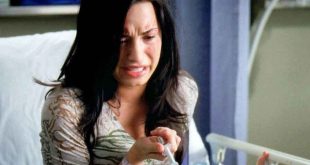