A reality competition television show, The Amazing Race features usually 11 teams consists of two members each, who would compete with each other in completing sets of tasks as they move as quick as they can in their race around the world.

One by one the teams are eliminated as each leg of the race is completed. During the last leg, the first team to arrive at the designated final destination wins the cash price at stake.

The Amazing Race already have 30 seasons and to be honest, there’s not quite a surprise in there.

A showcase of fun, excitement, thrill, adventure, and entertainment all in one creative reality television show, it’s no wonder the show has got a huge number of audiences all hooked up to its episodes since its first episode was aired on September 2001.

Thrill and Adventure on Air

The American reality show, The Amazing Race brings in together several teams to compete in completing certain tasks, conquering obstacles, and following a number of clues to determine their next destination.

Bringing thrill and adventure in each of the episodes, The Amazing Race US production team has certainly done a great job in drawing the audience’s attention effectively.

It’s almost impossible not to get drawn while watching the racers perform challenging and sometimes hilarious tasks such as eating something weird or doing something quite scary.

Plus, a handful share of surprises makes every season of the show more exciting and fun to watch.

Apart from the racers working their way through a wide range of physical and mental challenges to ace one another in an adventure race including pit stops to a variety of locations, the show is also not without dramatic moments that are almost always typical in a reality show.

The strong and competitive participants of the race competition has somehow added a new dimension to the show.

Racers joining the competition are often a mixture of interesting teams with intriguing background stories on the side. Each of the contestants have some personalities one can easily admire or even relate to.

Of course, there are also those whom you’d wish could be eliminated right there and then because either they are just too annoying or too lousy.

On top of all these, the various locations of the pit stops that usually feature awesome and intriguing locations from different parts of the world make the show more enjoyable to watch.

Watching the contestants navigating through unfamiliar places guided mainly by the clues they are given, it almost feels like you have also traveled to various parts of the world minus the jet lag.

As someone who have been following the show starting from season 3, I can say that I am an avid fan of the competition show.

The exciting race is something I always look forward to. 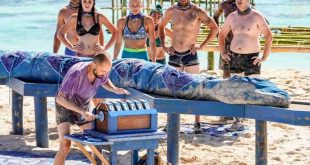