Being rejected, or not called back for the second round of a Reality TV interview can severely dent your confidence, especially after a nice and amazing first interview. It can be a very stressful situation if not handled properly, it can lead to loss of self-confidence. A lot of people tortuously dwell on being turned down, forgetting the bigger picture. Rejection, which is not pleasant can be blown out of proportion and viewed as a sign of failure. By thinking objectively and positively, candidates can use it to build their core strengths, address developmental point, and find out about other Reality TV auditions to attend. Here are some tips on how to stay positive when you are not contacted for the second round of your interview

Don’t get mad for not be contacted for the second round of the interview instead, write a follow-up letter and be gracious for having the opportunity to be in the group of shortlisted candidates for the first round, and ask if you can be considered again in the future. In the letter, state that despite being disappointed, you congratulate those that were invited.

Writing a follow-up letter would make you stand out as not many people take their time to write a gratitude letter after not been called.

When you are not called for the interview, you should feel as though you have learned something through the auditioning and first interview. If you performed to the best of your ability, demonstrated your competencies and communicated in your most engaging manner during the first Reality TV interview but still was not called back for the second, then you can take comfort in knowing that it was the wrong Reality TV for you.

No matter how disappointed you may feel, this would help you to in keeping your energy aimed at finding the work you really want. By doing this, you may be lucky to be invited to audition for a bigger Reality TV

Even if it is only walking for 10 to 20 minutes every day. Exercise is good in helping you get out of the obsessive thoughts. Use this time to think about something you like to do or someone you love, or a place you would like to visit.

A rejection should be a learning experience. Learn where you went wrong during the first interview and improve on them. If you were nervous and not prepared for the previous interview, learn from that and do enough research the next time you are called for another one.

Apart from the many factors outside your control that might have led to your rejection, there are also other factors within your control that may have resulted in you not been called up for the second interview. It is very important for you to review your conduct during the first interview so that you can know what you need to improve on. You should be careful not to over-analyze the situation during this process. 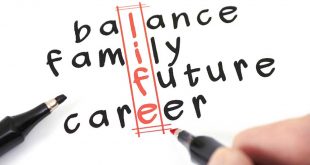