News recently sprung up that Kylie Jenner was pregnant, but it finally got confirmed that she had a baby girl Stormi Webster on February 1, but the main thing to note and question is why didn’t the confirm her pregnancy before the baby’s arrival?

Obviously, there can be a number of reasons, both personal and work related, but fans still want to know why she didn’t find it worthy enough to inform them. So, here are our top conclusions about why Kylie Jenner hid her pregnancy. Which one do you agree on? Sound off in the comments below!

Many famous and influential figures hide their big news because of the fact that they aren’t completely sure whether they are having a baby or not. If you are a mother or father, you might know that the pregnancy status can’t be confirmed before the first trimester, the time when the baby’s first heartbeats can be heard through an ultrasound.

Maybe Kylie Jenner didn’t want to tell her fans unconfirmed news, but it still isn’t a valid reason as she didn’t inform the media even after the pregnancy was confirmed. This brings us to our next speculation that can most likely be true…

She didn’t want the media and press to get a breeze:

You have obviously seen famous people on the television, with reporters who don’t have a life standing out on their door waiting for them to come out of their houses to start questioning them. That’s real, and most celebs say that they hate that.

They say that the media is like a hunter waiting for one good enough news to take the spotlight. Maybe Kylie didn’t want that, as she has said in a lot of interviews that she doesn’t like people butting into her life that much, which points out to another speculation…

She wanted it to keep it personal:

Hands down, this may actually be the main reason, because celebrities and influential figures worldwide have the same reason. The Life of Kylie star reportedly said to a lot of live show hosts and interviewer that she doesn’t want her personal life to be like a circus. She also said that she is very private about a few aspects of her life, any maybe her pregnancy.

However, it isn’t that much of a big deal since pregnancy isn’t an issue that can be easily hidden. Celebs have got tons of people that are involved in the entire process, ranging from doctors, agents, assistants, and friends to lawyers and family.

Not only that, but keeping the paparazzi in mind, it wasn’t an easy task for Kylie to hide her pregnancy, so cut her some slack!

However, there’s also a ray of hope for all you fans of the famous superstar.

There’s recent news that she’s planning to introduce her daughter to social media with her own account, and best thing, it is expected in February. Still, it isn’t confirmed, so keep a lookout of whether she’s in the spotlight again! 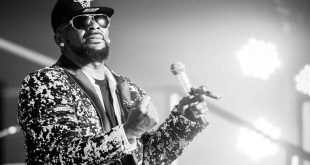