When you think about television shows you may have seen either based around a character or including a main character with physical disabilities do you think anything of it? Do you question why the producers would even contemplate such a storyline? Probably not. So why don’t we see it more often? Apart from providing some form of entertainment, the producers want their viewers to be able to relate to one or more characters of a show but that is slightly more difficult for physically disabled viewers when there is a mass representation of able bodied characters.

This is made even more difficult when you discover that 95% of characters in television shows are in fact played by able-bodied actors. This study was performed and released by Ruderman White Paper. It is obvious from this study that people with disabilities are by far the most under represented population in Hollywood. “Seinfeld” actor Danny Woodburn was a co-author of this report and he has stated that “The protest and ensuing media frenzy ignited by the ‘Oscars So White’ campaign has shaped an ideology around diversity in entertainment. This off-balanced idea of diversity has led to policy and even proposed legislation that has excluded people with disabilities.” He continues with “The Ruderman White Paper On Employment Of Actors With Disabilities In Television is our attempt to bring perspective to inclusion, to reinforce access and an understanding of authenticity as an expression of what true diversity means and to finally let the least represented group in this medium be heard.”

The most recent show in the spotlight for this topic is “Speechless”. It covers the life and times of a young manwith cerebral palsy, played by Micah Fowler, and his family. The show reveals the wins and losses the whole family face on a daily basis and how they each fight for Micah’s character to have a “normal” life with as little disruption from his disability as possible.  Early this year, the creator of this show took advantage of being on stage at the 10th Annual Television Academy Honors by saying “The number of Americans with disabilities is a lot, people on TV with disabilities is not a lot, and the number of those people portrayed by actual performers with disabilities is like next to none. Sorry to beat you down with statistics, but the numbers don’t lie.” Not exactly spinning your head with endless numbers but he is certainly not wrong.

There does not appear to be a clear answer as to why able-bodied actors are being cast for disabled roles but something is being done. As well as helping to fund the above mentionedresearch and data, the Ruderman Family Foundation is helping this movement go forward by hosting a roundtable discussion with major studio representatives on how to tackle and eliminate discrimination against actors with disabilities. When it does happen in Hollywood, there will hopefully be a ripple effect around the media industry in that we will see more representation in news and sports studios. 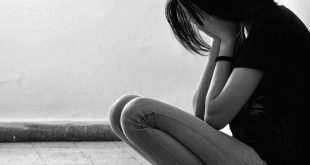 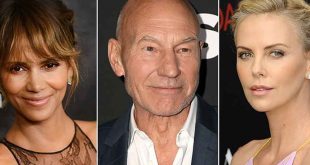